The Boondocks Wiki
Register
Don't have an account?
Sign In
Advertisement
in: Episodes, Season 3, Season finale,
and 9 more

"It's Goin Down" is the fifteenth and final episode of the third season of the Adult Swim (channel) original series: The Boondocks. It was aired on August 15, 2010.

The episode starts off inside a US military base, where a jihadist prisoner named Omar Muhammad is detained. A government agent named Jack Flowers interrogates Omar about the target for a possible terrorist attack. Because Omar keeps refusing, Jack repeatedly kicks him in the testicles. During the last kick, Omar yells out a random place name out of desperation: Woodcrest.

After the screen fades to black, it starts off with Huey Freeman, in some episodes like this, staring at the windy sky. The White Shadow, from The Real, tells him that a "central terrorist" is going to get him (most likely because they see him as a "domestic terrorist"). The White Shadow disappears after telling Huey that it's a warning for him. It cuts to Ed Wuncler III and Gin Rummy walking at the streets. There, Ed III talks and boasts about his new iPhone. Then, an obese security man named Dan Stucky AKA Dan the Security Man bashes about Barack Obama "declaring war against rich people". He unlocks the door for Ed and Rummy, whom Dan calls "tweedily dumbasses". After going to the elevator, Ed III uses his iPhone as a GPS (he even calls it "indestructable"). The two start to set a time bomb. Then, it cuts to the Central Terrorist Agency. There, Jack Flowers discusses his relationship with 3 women, whom all died. The first was Tracey, who got decapitated by a man with a katana. The second was Elanor, who got exploded by dynamites. The third and final was Tequanda, who was tied to a rocket and was flew to explosion. One of the commanders showed a domestic terrorist with a radical affiliation. That terrorist is Huey. Flowers, who is frequently disturbed by the screams of people getting kicked in the nuts by Flowers, isn't sure if he would hurt a kid.

It cuts with a timing countdown with several images. It goes to Ed Wuncler III and Gin Rummy at their Cadillac Escalade, arriving to the Freeman house. There, Huey tries to tell Granddad that the CTA is getting him. Granddad doesn't believe about it. Disturbed by not only Huey, but also the door knock, Robert finds Ed and Rummy. It goes to Huey going on his computer, purchasing tickets. Also, he brings a katana and a book. Rummy is on the phone with Ed Wuncler I, whom tells that the agency will come to that house. Rummy tells Ed III to go. Somehow, Ed's phone drops on the couch. Ed tells Robert about the "warehouse" thing. Gin, calling Ed's name a few times, finally catches his attention.

Huey leaves the house with all of his stuff he brought with him. He eventually sneaks up on Uncle Ruckus. He pulls out his sword and kidnaps Ruckus. It cuts to the Freeman house where some men that Flowers brought with him from the agency breaks into their house trying to find Huey. They only see Riley and Granddad snoring, while the TV is on. Flowers reports that they didn't found Huey. However, a CTA member tells him that he bought a ticket to a station.

As the countdown goes down, the image zooms up to Huey and Ruckus at the bus. Ruckus tells Huey that he can't wait for what the white men will do to Huey. Flowers and his crewmates, who are in the car, are catching up on the bus. As Flowers start shooting at the bus (mainly trying to shoot Ruckus), Huey starts taking over the wheel. Ruckus also pushes on the gas pedal. A member starts shooting. Eventually, a crowd of tanks, helicopters, and army men surrounds the bus.

It cuts back to the Freeman house where a news report about the incident proclaims about the alleged suspects (Huey and Ruckus). Then, it cuts to the CTA headquarters, where Flowers asks Huey who he is. Huey replies, "No.". Two policemen throws Ruckus to the holding cell. Flowers angrily asks Huey, "Do you want me to kick you in the nuts?". Huey, again, replies, "No.". Stopped by the commanders, one of them claim that Huey is innocent. Although, they found a iPhone (that belongs to Ed Wuncler III). This means Ed III and his grandfather are the real suspects. This means a bio-nuclear anthrax is at Wuncler Plaza. When Flowers apologizes to Huey, the commander confirms that they have to abort the mission of arresting Ed Wuncler Sr. and III. Then, Ruckus becomes free and Flowers tells him that he also has to save the people at Wuncler Plaza.

As the time goes down, Huey and Ruckus arrives at the warehouse, Dan the Security Man is the only person at the building. Huey informs that there's bombs at an upper area. Dan finds out that the two are "suspects", so he locks the door. Meanwhile, Flowers arrives at a place and he finds boxes with Dan the Security Man merchandise. It cuts back where Huey and Ruckus are at, Ruckus and Dan start fighting. While Huey tries to find the password. Ruckus throws Dan down. He tells him that he was hired by Flowers to get him out safely. He asks Dan the password, he confirms the password but, Ruckus thinks that Dan is insulting him, so he starts kicking and stomping Dan's testicles. After that, Huey stops Ruckus and types the password, "eat my ass". The door opens while Ruckus apologizes to the security man for kicking him in the testicles. This cuts to Ed III and Rummy at the same place where Flowers is at. Ed realizes that his iPhone is not anywhere. Flowers catches Ed and Rummy and asks where is the man. Ed pulls out a gun (after calling Flowers "a dead man"). Ed and Flowers start shooting at each other with no bullets going at each other at all. Rummy starts to shoot but, he gets wounded by Flowers' gunshot. Flowers start to assult Ed III. Rummy also wakes up and realizes the bullet went to his phone. It cuts back to Wuncler Plaza, where Ruckus is still apologizing to Dan the Security Man. All of a sudden, the time of the bomb is finished. Because of that, Huey, Ruckus, and Dan all got out of the now-exploded building. They all made it on time. Flowers calls Huey that he got everyone out safely. Huey claims that it was only one person.

This cuts to the Wuncler State. There, Ed Wuncler Sr., talks about America getting the good and bad. Ed Sr. then talks about Dan the Security Man. He claims that he would've been a national hero with all of the merchandise. Ed even claims that a Dan film with Jack Black was in production. When asked why he would do all this when he's already rich, Ed responds by telling him it's because he's not rich enough. Flowers pulls out his gun but, he gets a phone call from Barack Obama, who said that he did a great job. After Obama hangs up, Ed Sr. dismisses all of the people at the place, including himself. It cuts to outside of the place, Flowers said to Huey that he saved a man's life. Huey finds Riley and Granddad, who are proud. Robert said he was sorry for not believing him. Suddenly, gunshots were fired. This finds Ed III on Flowers' hands with a gun on Ed's head. Ed Sr. says "What are you waiting for? Shoot him." when he saw him with his grandson. Robert claims that he and Riley should start listening to him. 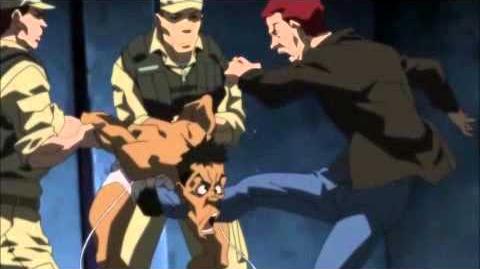 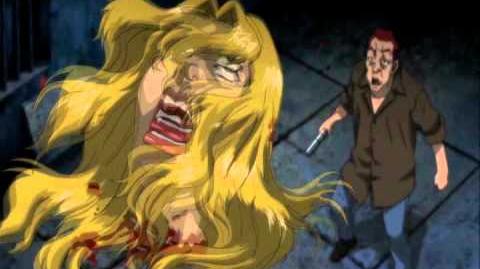 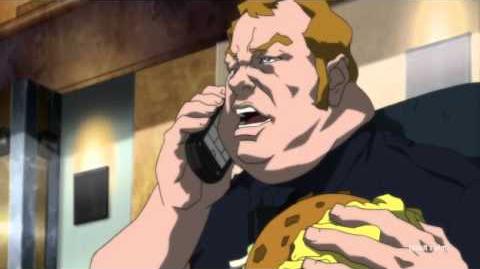 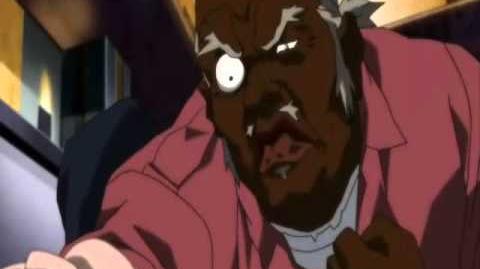 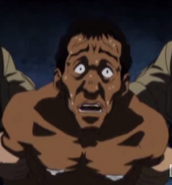 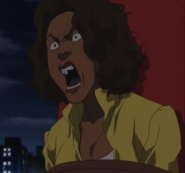 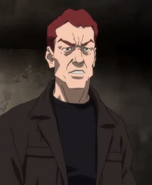