The Boondocks Wiki
Register
Don't have an account?
Sign In
Advertisement
in: Episodes, Season 1, Episodes with Tom DuBois,
and 6 more

A Date with the Health Inspector

A Date with the Health Inspector

"A Date with the Health Inspector" is the fifth episode of the Adult Swim animated television series, The Boondocks. It originally aired on December 4, 2005.

Tom DuBois must be prepared to face his prison-written fears as he is deliberately accused of murdering somebody.

Tom Dubois has a recurring nightmare about being sexually molested in prison.

Huey reveals that Tom had lived his entire life with extreme caution due to his fear of being sent to prison and being anally raped. Flashbacks show Tom refusing to help his friend steal merchandise at a department store, declining to smoke marijuana in high school. He even deleted illegally downloaded MP3 files from his wife's computer, and driving the speed limit.

Arrested for fitting the description of the "Xbox Killer," Tom uses his prison phone call to get in touch with Huey. Riley answers, however, and bursts into laughter at the thought of the excessively scrupulous Tom DuBois being arrested. He advises him not to drop the soap and hangs up. Fortunately, Tom is able to call back and speak to Huey, explaining his situation and begging him to find the real killer before 9:00 that evening, because at nine, Tom is to be transported from holding to "real jail" for the weekend and the earliest he could be released would be Monday.

Huey decides to enlist the help of Ed Wuncler III, who eagerly agrees to help. They also ally with Ed's friend, Gin Rummy, a fellow Iraq War soldier and psychopath. Huey, Riley, Ed, and Rummy go to the street where the murder occurred. While Ed and Rummy's psychotic behavior and ambush of black men gains them nothing, the boys obtain MapQuest directions to the murderer's residence and a sketch drawing simply through witness' descriptions.

The four drive away, but Ed and Rummy decide to take a brief detour to a gas station for a drink. Ed and Rummy hand Riley two cases of beer to take out to the car, prompting the Arab clerk (voiced by Kevin Michael Richardson) behind the counter to gently insist that they pay for it first. At this point, Ed and Rummy draw their guns and claim that the clerk has a weapon. A police officer (voiced by James Arnold Taylor), who had been perusing a magazine, anxiously draws his gun and tries to get a handle on the situation. Ed and Rummy insist to the officer that the clerk has a weapon and the clerk continues to assert that he's not holding one. The cop starts to shake uneasily, unsure of whom to believe. Huey pleads with the officer, firmly contending that the clerk doesn't have a gun, but Rummy shouts him down. Ed then coerces the police officer into aiding him by pointing one of his guns at the officer and asking, "Who's side you on?" Rummy then gives the petrified clerk to the count of three to hand over his weapon, but the chance is blown and Rummy opens fire.

The sound of gunfire gets the attention of the clerk's co-workers, who come out from the back room and start firing their own guns thinking their store is being robbed and their co-worker is in danger of being murdered. Rummy and Ed take cover and Huey reprimands Rummy for deviating from the original plan of finding the Xbox Killer. The cop is wounded by Ed and Rummy's trigger happy gunfire, and the clerk's co-workers toss him a gun to defend himself with. Eventually the smoke clears, and the clerk and his co-workers are taken away in handcuffs while Ed and Rummy are hailed as terrorism-fighting heroes by the gathered crowd.

Meanwhile, time runs out for Tom, who is led outside from his cell only to discover that he is being released. Apparently, the Xbox Killer struck again and was arrested, thereby vindicating Tom. Had Ed and Rummy not detoured from their original course and nearly caused fatal havoc in their attempt to rob the store, they could have stopped the second killing. The next day's newspaper headline read "War Heroes Thwart Terror Cell," referring to Ed and Rummy's robbery of the convenience store. Also reported is the capture of the real Xbox killer, who's Tom didn't match the description which the police claimed, and Tom's reunion with his daughter. Tom intends to sue the police for the wrongful arrest; as its now proven that the police simply arrested him because he was black, which is the only thing they looked for (not even how dark or light the killer was.) 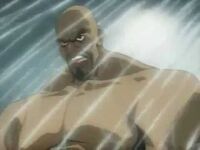 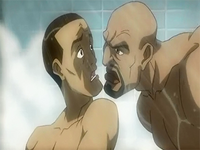 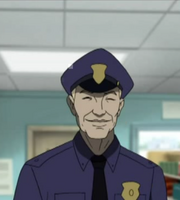